After spending 44 years in prison for a crime he didn’t commit, this man says his life is worth more than $750,000

(CNN)Ronnie Long sat in jail in North Carolina for 44 years for a crime he didn’t commit, and now he is planning to fight a law that says he is only owed $750,000.Long, who is Black, was accused of raping a White woman in 1976. An all-White jury found him guilty of rape and burglary and sentenced him to life in prison.After maintaining his innocence, and pursuing a lifetime of appeals and denied motions, he was released by a pardon from the governor in December 2020 after the courts found Long had been wrongly convicted.Since his sentencing, “a trickle of post-trial disclosures has unearthed a troubling and striking pattern of deliberate police suppression of material evidence,” US Fourth Circuit Court of Appeals Judge Stephanie Thacker wrote.

Long told CNN he is hoping to fight the law and get what he deserves from a state that he believes intentionally put him in prison.”Everything that transpired to put me behind bars was intentional,” Long said.”How is my case the same as someone who is exonerated with DNA? How can you say my life is only worth $750,000? There should never be a cap on a person’s life.”When asked if anyone is helping him fight the law, Long said he wasn’t going to name names, but there are several people who have reached out to him, but so far no lawmakers. He said it’s like baking a cake and currently he’s trying to get all of the ingredients together.”It needs to be addressed because if it happens to me it can happen to you,” he said, adding he is going to “shake trees” to get what he deserves.Lau agrees that the law needs to be looked at and fixed because Long is not the only one that has had this happen.”At least two men have been exonerated after more than 44 years of incarceration, which highlights the inadequacy of the compensation statute and that cap,” he said.”It’s also time to revisit the compensation statute as a whole, as the Governor should not have full authority over who does and does not receive compensation. A review process that is not political should be established so all men and women who have been wrongly convicted has a fair chance at compensation.”

Long said that since his release life has been a transition, and he is happy to have loving people around helping him get where he wants to go.He bought one of his dream cars, the first car he has owned in 50 years, a Cadillac, and he and his wife are planning to buy a new home.”Now I’m living, I’m back amongst the living. I am a living, walking testimony of a second chance,” Long said. 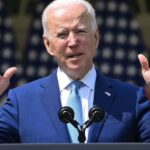